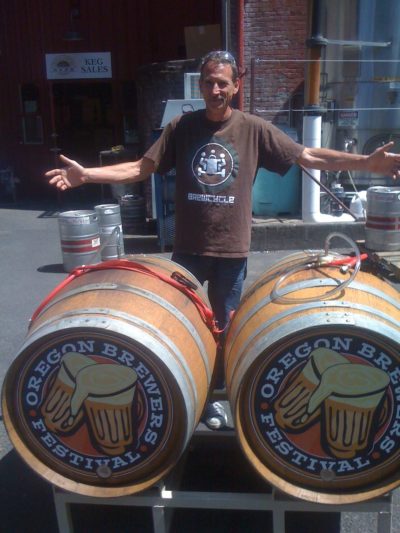 Todd Fleming was born into a Midwest farming family in St. Paul/Minneapolis. As a young boy, he relocated with his family to the Pacific Northwest when his Dad was transferred to Tacoma and then to the Weyerhaeuser Corporate Headquarters in Federal Way, WA.

As a kid, Todd got into music and soccer. He was good enough on the soccer pitch to be scouted with his teammates by the Tacoma Stars indoor soccer team. After graduating high school, Todd studied music and business at a local community college and started two businesses, a music production company called Destiny Productions, and Practice Pads Unlimited, which served the emerging indie music scene in Seattle and the Puget Sound region in the late 80’s & 90’s. Todd played keys, horns, percussion, sang vocals and played electronic instruments in side bands, and toured for a bit around the Northwest. He was a kitchen manager in his early 20’s managing a couple of Mexican restaurant chain units for a few years, worked as a chef on the Seattle waterfront at “Charlie’s Shilshole Bay Marina”, worked at The Spar, opened The Victory Club and Jillian’s Billards Club among others.

Todd moved to Portland in 1996 and helped open The Alameda Brewhouse during the height of the first craft brewery boom in the United States. He also ran various music venues in Southeast Portland, and ended up working part-time for BridgePort Brewing.

Given Todd’s prior experience, he was soon managing the brewpub at BridgePort and executing festivals and off-premise events for the brewery.  He helped renovate BridgePort and its original building, built in 1889, as the Pearl District transformed around it into a shopping and dining destination.

Todd ended up becoming the cellar master managing many departments during his 20+ years with his team under Carlos Alvarez, the CEO of The Gambrinus Company, who bought BridgePort from the founding Ponzi family in 1995. Todd hosted customers and visitors from around the world at BridgePort, and gained vast branding & marketing knowledge while watching the parent company operate and market many brands like Shiner & Moosehead and Trummer Pils. For the launch of Trummer Pils, Carlos teamed up with an eighth generation, Austrian family operated mother brewery, and began to brew the original family recipe in Berkeley, CA in 2004.

In his current role at FH Steinbart, Todd is helping the company further deepen its connections to the commercial segment of the brewing market. “Because of the COVID-19 lockdown, it’s a whole new ballgame for everyone in the industry and the path ahead is very murky right now,” Todd says. “But the fundamentals remain the same. Everyone still needs to take it a day at a time, roll up their sleeves, and get done whatever is needed.”

Todd points out that as a company that’s been around for more than 100 years, FH Steinbart knows a thing or two about doing what it takes to help customers make it through, from making adjustments to accommodate social distancing and contactless ordering to providing recommendations for installations of the most intricate draft systems in restaurants and bars that are slowly starting to reopen. “Commercial customers can tap directly into a lot of institutional knowledge around here,” says Todd. “Let us know what you’re working on. We’re here to help.”