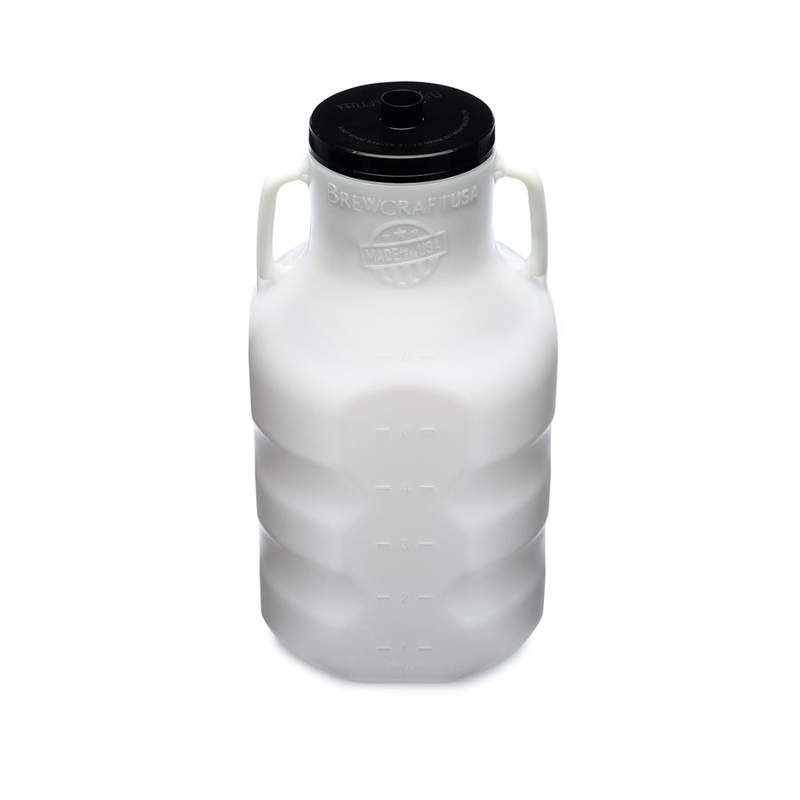 Once I’d decided on Sauvignon Blanc, and mysteriously convinced Chip (pictured below) to join me in this quest, it was time to figure out what the heck to do.

First, I had to commit to the juice before it sold out. From working here last season and paying attention when Tom, John, Mark, and other wine-makers talk wine, I knew I had to commit to six or seven gallons of juice if I wanted to end up five gallons of wine. I decided on six gallons. Juice is expensive, and I was willing to bet six was enough. So, like everyone else who wants/wanted grapes or juice, I put a pre-order in online. I probably could have, since I work here, just let my bosses know I wanted an order, but I really didn’t want to risk it being forgotten. Especially after both my previous disappointment over the Lemberger grapes and having committed to making wine publicly.

My coworkers saw my order come in online and thought I was a little weird. But only a little; we’ve been funneling all orders online to the absolute best of our ability for exactly this sort of thing. It keeps everything organized.

Once my order was in, I pretty much immediately reread Tom’s Tips for Techniques, only to realize that since I was getting juice and not grapes, none of that applied to me. Thus I went off to his post on choosing the right yeast for your wine. I also started reading anything I could find in Wine Maker Magazine that seemed relevant to my future undertaking. Then, I made my plan. 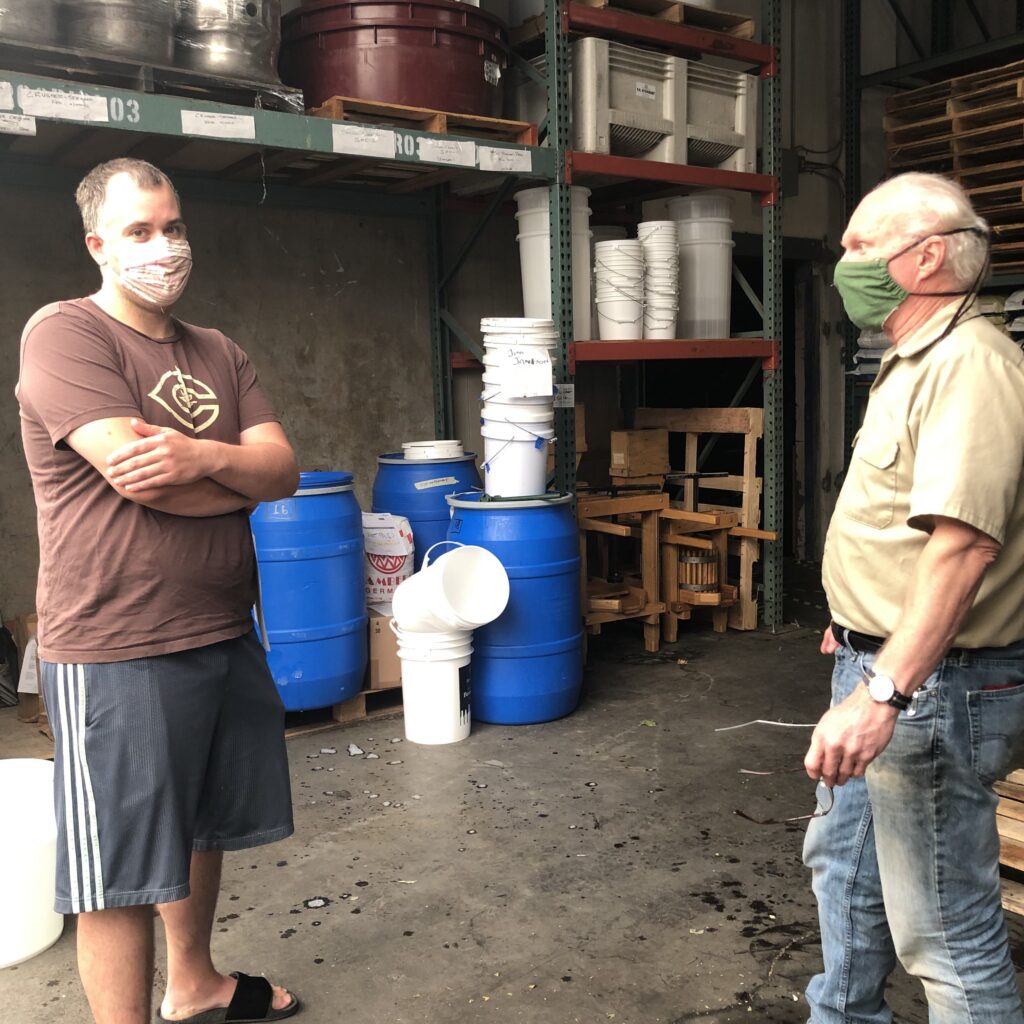 Here’s what I thought I was going to do: decide on yeast (with Chip) before the juice came in. When the juice arrived, I would take my six gallons of Sauvignon Blanc juice, treat it with potassium metabisulfite, pectic enzyme, and tartaric acid as needed, then separate out a gallon and freeze it. Only then would I pitch my yeast and ferment the other five gallons. My wine would spend two weeks in primary, then I’d move the five gallons of “green” wine to a five gallon glass carboy to think about what it needs to do for several months. If I needed to top up the carboy to make sure the juice was in the neck of the carboy, I’d add enough of the previously frozen juice to do so.

I’d rack to other carboys basically as often as Tom told me I should, topping up with juice as needed. And, based on a recent Wine Maker Magazine article, I would age all of my wine together and (hopefully) bottle in spring. I’d be drinking my own wine on my own patio come International Sauvignon Blanc Day!

What I Actually Did

First, Chip and I did not manage to collaborate on the yeast plan before the juice arrived. In part because, as I mentioned in the previous post in this series, the grapes ripened far faster than I realized they would and the juice appeared at F.H. Steinbart what felt like the day after the decision. (Time really has been extra fuzzy this year.)

Then, as Chip and I talked to Tom (both together and individually), we realized I’d been correct to buy (and advise him to buy) six gallons of juice, I’d been completely wrong about how to handle that juice. My expectation of freezing a gallon of unfermented juice for top ups was completely wrong. Apparently we need to ferment all the wine at the same time, and top up with the “extra” gallon of wine as we go. I knew adding unfermented juice would rev the yeast back up, but I thought that was the goal. Apparently not.

After that, we discussed fermentation temperature. Tom said we wanted to keep it fermenting fairly cool and slowly. Too warm a ferment will, apparently, strip the delightful fruity notes I love in Sauvignon Blanc. I’m not sure the biochemical ways the yeasts strip such things out when reproducing more aggressively, but I don’t doubt Mr. Thompson in this. Chip said his plan was to keep his primary fermentor surrounded by ice packs. I said my plan was to hope room temperature in my house was enough. We were aiming, it seems, for 65F-70F.

The acid levels in the juice were a bit low, so we needed to add tartaric acid in addition to our pectic enzyme and potassium metabisulfite. I have since lost the calculations, unfortunately, of how much acid we needed to add. So that’s fun. I mean, I added the right amount because Tom and I did it before I left that day, but I still don’t recall how much.

Chip selected our yeast, Vintner’s Harvest BV7. I don’t know what drove him to settle there, but I am sure it’s gonna result in a tasty wine. Why did I not help select the yeast? Well, for the same reason I’m writing this post up. I work at F.H. Steinbart! I got called in to help with other customers when Chip and Tom started discussing yeasts. It’s cool, though, because I have complete faith in those two. (Chip, please comment and explain why we’re using this yeast. I trust you, but I’d love to know what we’re optimizing for.)

Anyway, I was able to add my tartaric acid, pectic enzyme, and potassium metabisulfite about the same time Chip did, I suspect. There was a short break in customers at the shop not too long after Chip left, and Tom and I were able to measure out my juice and add the appropriate chemicals.

I pitched my yeast the next day, and considered changing my plan to be more like Chip (have ice packs around my fermentor), but after consulting with Tom* I concluded that the weather had changed enough that my home’s temp was probably just fine. 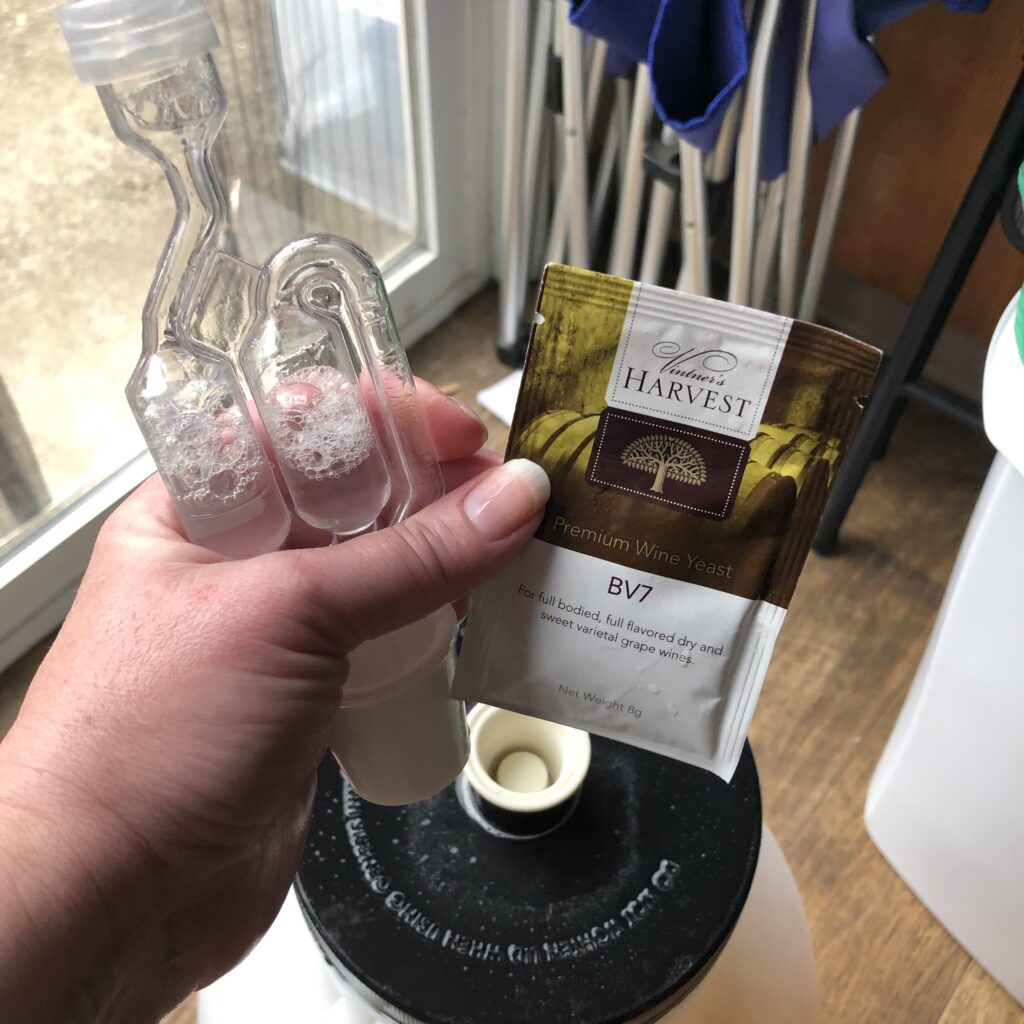 Later, when I no longer had the ability to gather the items to chill the fermentor, the weather changed dramatically AND due to the fires I was unable to keep my window A/C unit in, so we’ll see. I may have ended up with a bummer of a wine due to an overly-warm ferment. I’ll let you all know.

I’m going to rack it out of primary in the next few days (probably Sunday). I’ll let you know what the vital stats are, and how it tastes once that’s done. I’ll also already have some “lessons learned” to share in the next post, and I’ll be able to give you an update on last year’s red wine.

Please keep your fingers crossed that my wine is still tasty after the unfortunate spike in heat!

Finally, please don’t forget that October 1st (TOMORROW) is the last day to convince me to ferment wine with you too! If that sounds fun, comment on this post or on our social media links by the first, and reserve your Barbera grapes or Reisling juice ASAP.

*I told y’all I’d be asking Tom a lot of questions.