Brewing Application: Because of its distinctive and intense aromatics, Citra® is best in a late addition or dry hop capacity. Used as a single variety or in a blend, Citra® does well in American wheat beers, pale ales, IPAs Belgian-style ales, and has been known to complement Brettanomyces ferments.

Sensory: Strongly tropical and lush with a host of fruit flavors including peach, passionfruit, guava, lychee, grapefruit, lime and gooseberry.

Be the first to review “Citra Pellet Hops” Cancel reply 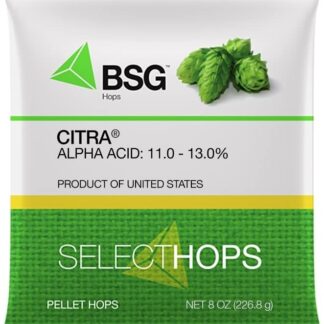