Craft Beers of the Pacific Northwest by Lisa Morrison

Craft Beers of the Pacific Northwest is a suds-soaked adventure through the 115 key breweries and brew pubs in Oregon, Washington, and British Columbia. Lisa Morrison, aka The Beer Goddess, has included every brewery worth visiting, from pioneers like McMenamins, whose Hillsdale Brewery & Public House in southwest Portland was the first brewpub in Oregon, to a new generation of start ups like Upright Brewing, a production brewery that is creating French-Belgian inspired, open-fermented beers. 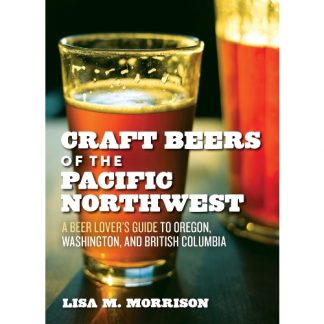 You're viewing: Craft Beers of the Pacific Northwest by Lisa Morrison $13.95
Add to cart
Create a new list