“CTZ” stands for Columbus, Tomahawk, and Zeus. These three hop varietals are nearly indistinguishable from one another despite going by different names. CTZ hops have earthy and spicy characteristics that make it an ideal bittering hop for many styles including IPAs, Stouts, and even Lagers. Its Alpha Acids clock in between 14-16%, which contributes an impressive bite. Some undertones of oranges and grapefruit can be achieved in the aroma with later hop additions, but CTZ is not typically used in SMaSH beers.

Aroma: Earthy, spicy, pungent, with some citrus overtones. Not overwhelmingly citrus like Cascade 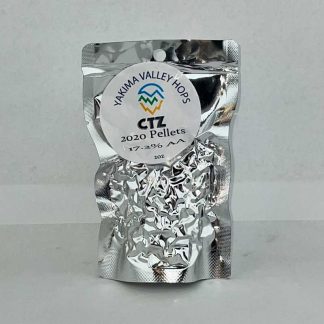