Part 1: What to Do with 7 Gallons of Cabernet Franc? 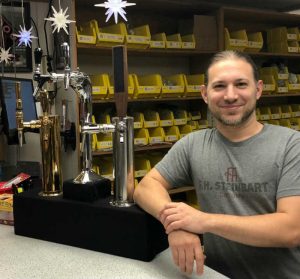 I’m Rob. You may have met me if you’ve wandered back to the Draft counter for CO2 refills or for help with your setting up, upgrading, or troubleshooting your draft system. I was a cook and a chef for 20 years before I switched over to working in the world of beer. I started working at Steinbart’s in June of 2019 after my position at a commercial brewery was downsized/eliminated for budget reasons. So 2019 was my first wine season at Steinbart’s

I’ve enjoyed drinking wine much longer than I have enjoyed drinking beer, which is funny, since beer became my career after I retired as a chef for physical and family reasons. I hated beer in college. It turns out that what I really didn’t like at the time was domestic lagers. I found that malty craft ales, preferably on the higher ABV scale, were much more my style and my entry into beer exploration. I’ve been homebrewing for seven years now, with a year and half or work in a professional brewery and going on a year and a half now as a Steinbart Draft Technician.

I started off drinking mostly white wine: Rieslings and and other sweeter varieties. I eventually transitioned into mostly drinking reds, with their added layers of complexity and body once I developed a pallet for their more tannic aspect. After meeting my wife, I was introduced to the weekly wine group she had been a part of for years. The kind of group where people would show up at the wine shop and order some food and the week’s flight of wines, and then line up several bottles brought from people’s wine cellars as “the extras” for everyone to taste. Between that opportunity to sample so many different wines each week (and ones that were a bit out of my own more limited price range), and nine years of working at an Italian inspired restaurant where I would run down the wine lists with the bartenders, owners, and the executive chef, my pallet and wine knowledge increased greatly.

But only from a consumer’s standpoint. I really didn’t know all that much from a vintner’s perspective on how the wine was actually made. I mean, I understood on a very general sense, but only very general. I had a wonderful French chef at culinary college, who was a Sommelier at one of the big downtown hotels in Denver, cover a lot of the background of grape varietals, wine regions, etc., but I didn’t really know much about the mechanics and the chemistry involved in the process. 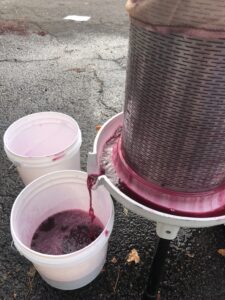 Which meant that last wine season, when someone forfeited their deposit on 100 pounds of Cabernet Franc grapes, I jumped at the opportunity to switch from a more theoretical/book knowledge of how to make wine to try and actually go from grapes to bottle. I had some help from some other staff members that had plenty of wine experience. I ended up with over eight and a half gallons of juice after pressing, which I fermented with two packets of Vintner’s Harvest R56 – Full Bodied Red yeast. That turned into a 6 gallon carboy, two 1 gallon jugs, and a 1/2 gallon jug for secondary fermentation. There were some learning experiences along the way, like the fact that filling the carboys all the way up to the neck was great for limiting the surface area susceptible to air exposure, but not so great when you realize that you didn’t leave enough room to get two packs of malolactic yeast in with the wine before you got that far up the neck (if you didn’t add malolactic while the grapes were still on the skins). After racking off of the sediment, I now have a 6 gallon carboy full up to the vent bung, which means probably six and a half to seven gallons of wine ready to bottle. Most people bottled back in the spring or summer, but I have a one-and-a-half year old toddler, so my free time for fermentation projects is much more limited than I would ideally prefer. At last taste, it was quite enjoyable as a young, not yet fully ready, medium bodied wine.

Enter the wine season of 2020. We’ll just skip over the rest of 2020. Seriously. Can we move on already? What a year this has been.

Anyway. In talking to Tom earlier in the year, he told me that Cabernet Franc, which is typically a blending grape (this I knew), was usually served as a table wine if bottled as a single varietal, and typically is best within the first two or three years of being bottled (this I didn’t know). It just doesn’t have as much body and acidity as some of the other big red grapes to give it an extended shelf life. So I decided that to give myself more time to enjoy that seven or so gallons of wine (so I’m not drinking the same thing every week when I’m not drinking beer), I would try making another batch of wine this year, with more full-bodied grapes, and I would blend some of the 2020 grapes with my 2019 Cab Franc to be able to store it for a longer period.

Cabernet Franc is often one of the grapes used in French Bordeaux wines, although usually as a smaller percentage of the wine, so I thought I would get other grapes that were typically in Bordeaux blends, ferment everything separately, bottle about a third to half of each grape as a single varietal, and then blend the rest to taste. After doing some research, and seeing which grapes our growers were going to have available, I decided I would get one 34 pound box of Petite Verdot, two 34 pound boxes of Merlot, and two 34 pound boxes of Cabernet Sauvignon. Petite Verdot is sometimes as little as only 2% of a Bordeaux blend, but I was limited to the preset quantities, and I wasn’t going to try and buy several hundred pounds of grapes to get the percentage of the blend lower.

It was a nice plan, while it lasted…

Join me next weekend for Part 2 in this series: Time to Get the Grapes and Start Doing Math… 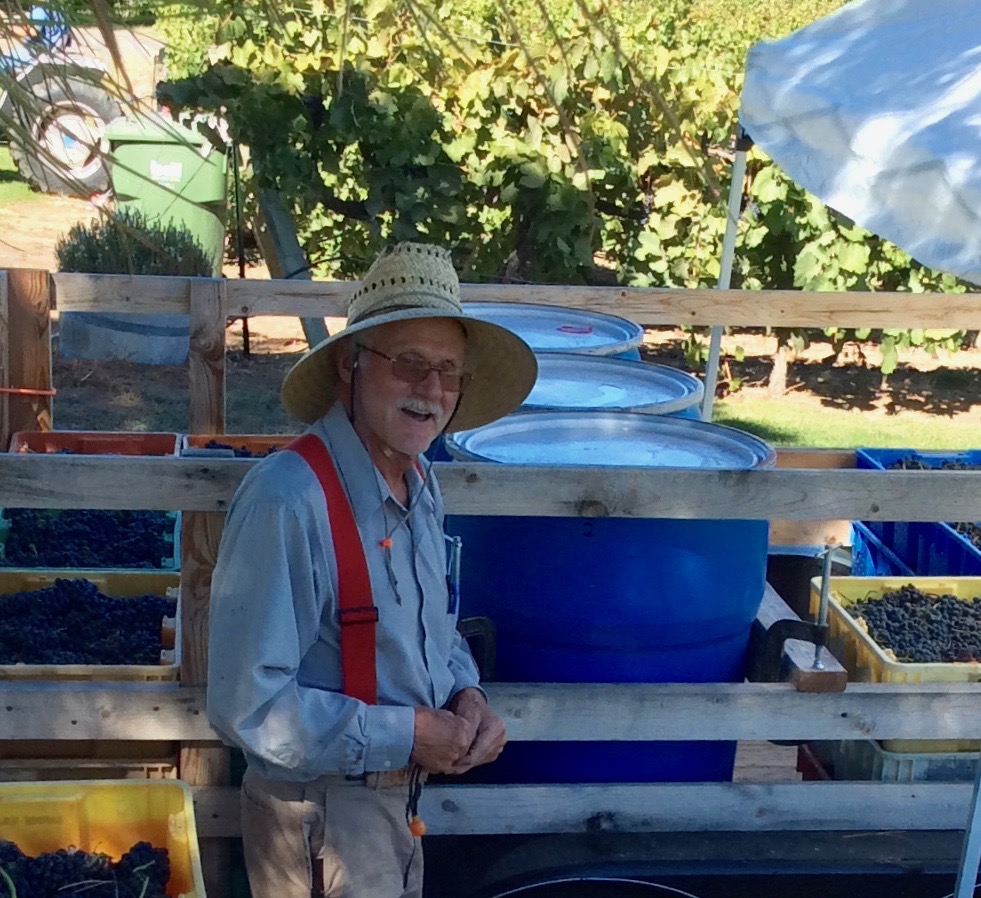